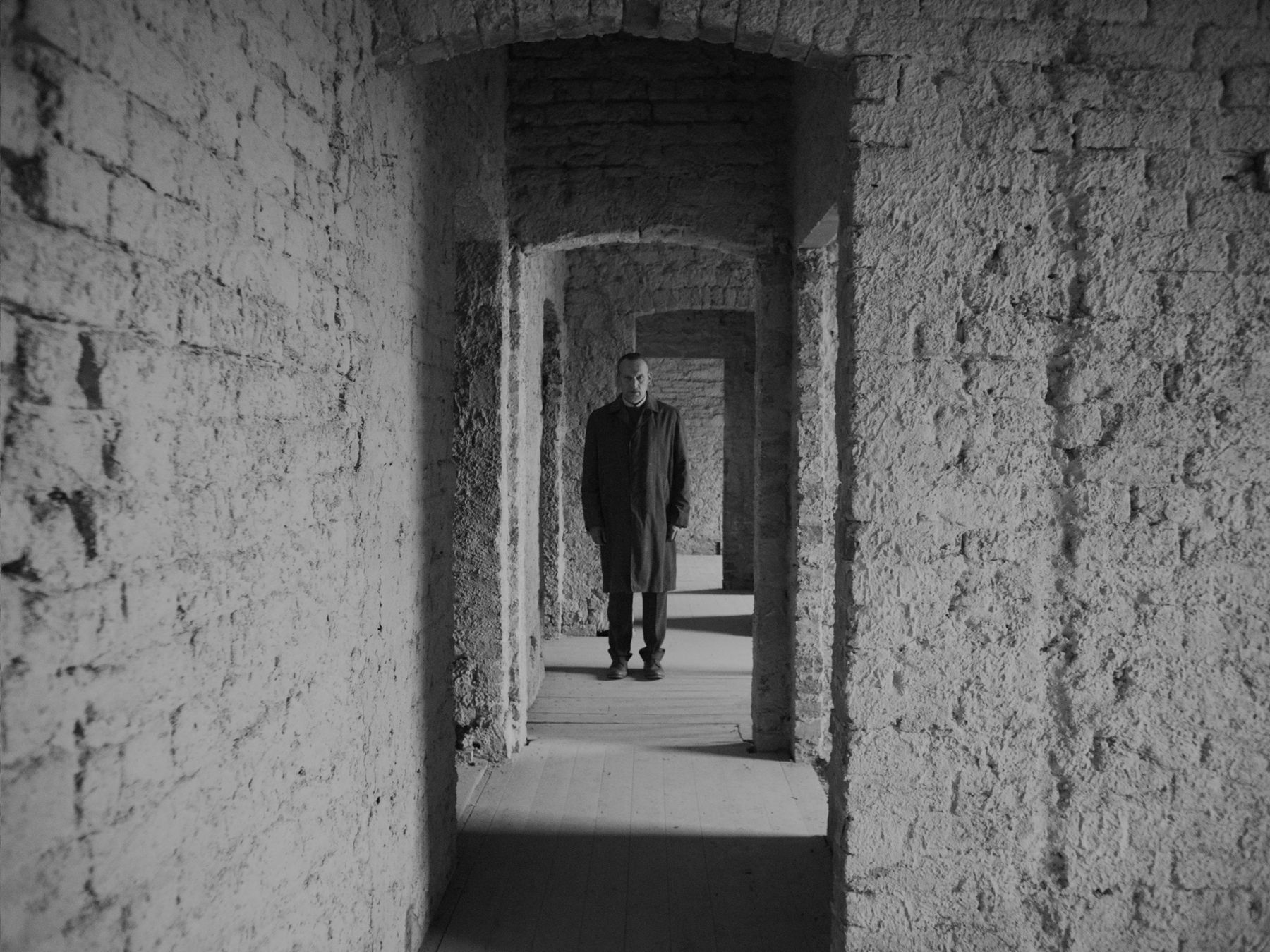 ENDLESS features the actor Christopher Eccleston in the role of a solitary, unnamed man, dressed in the plainest of plain clothes, encountered in the most basic of architectural environments, an empty building with bare brick walls and bare board floors.

Doherty’s script, delivered with such precisely measured anguish by Eccleston, reveals the private thoughts of a single, tormented mind. The script is the testimony of a spectre: an impossible, post-mortem statement, a ghost story. These are recollections from beyond reality — from beyond life’s definitive end — but they have, at the same time, a real-life dimension, echoing contemporary and historical events. Over the past decade Doherty’s scenes and stories have often involved characters tethered to the past, whose thoughts and actions endlessly return them to the sadness, suffering or shame arising from earlier experiences.

Doherty’s decision to shoot the film in shadowy black and white adds emphasis to the extremity in the scenario and severity in its visualisation. Shot after shot, up-close and distant, we see this same, enigmatic, self-isolating individual: a man with nowhere to go, with no way out. His situation is one of enduring solitude. His story is one of deceit, disguise and disgrace. He tells, in non-specific terms, of constructing an identity and colluding with others in a conspiracy of deception. His life is a lie.

...like the building, something of this individual has been erased, emptied-out. His simultaneously scruffy and formal clothes speak of reduced circumstances. There is nothing distinguished, and something diminished, in his appearance. Nothing about him stands out. Yet there he is, standing before us: someone and no-one.

ENDLESS was shot in Derry in March 2020 just before the COVID-19 lockdown was announced, and is the first film that Doherty has launched online. The work is accompanied by a series of new black & white photographs, text-based works on paper and a related text by Dr Declan Long, art critic and lecturer at The National College of Art and Design, Ireland. 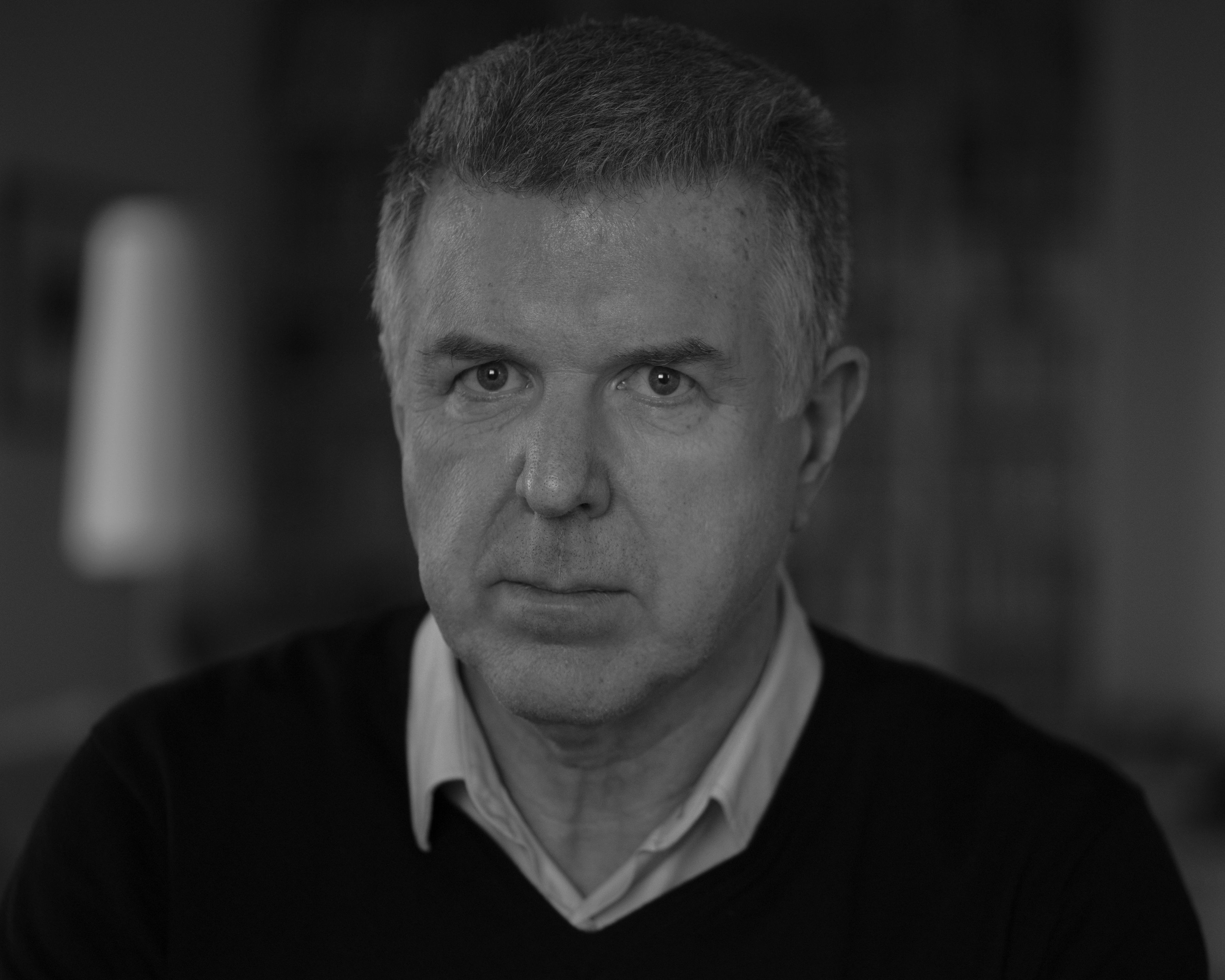 Since the 1980s, Willie Doherty has been a pioneering figure in contemporary art film and photography. At once highly seductive and visually disorientating, Doherty’s artworks tend to begin as responses to specific terrains (most often mysterious isolated settings; places, we suspect, with a troubled past) and evolve as complex reflections on how we look at such locations – or on what stories might be told about their hidden histories.

He was nominated twice for the Turner Prize and has participated in major international exhibitions including dOCUMENTA, Manifesta, the Carnegie International, and the Venice, São Paulo and Istanbul biennales. 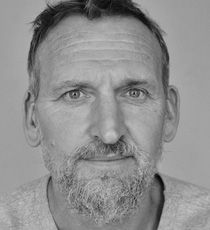 Christopher Eccleston is best known for his work on television and in film. Early films appearances include Let him Have It (1991), and Shallow Grave (1994), early television appearances include the BBC dramas Our Friends in the North, and Hillsborough. He starred in the 2005 revival of Doctor Who. He has recently appeared in the BBC drama The A Word and played the lead role in the Royal Shakespeare Company’s production of Macbeth in 2018. He is the recipient of an Emmy award, a Royal Television Society Award, and two BAFTA Award nominations 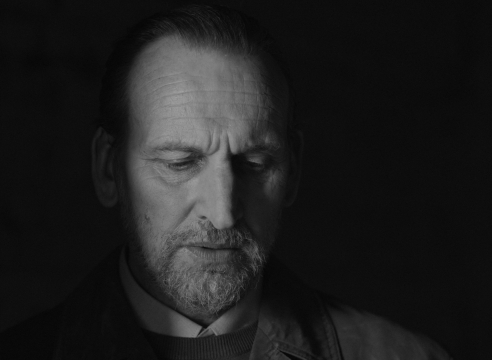